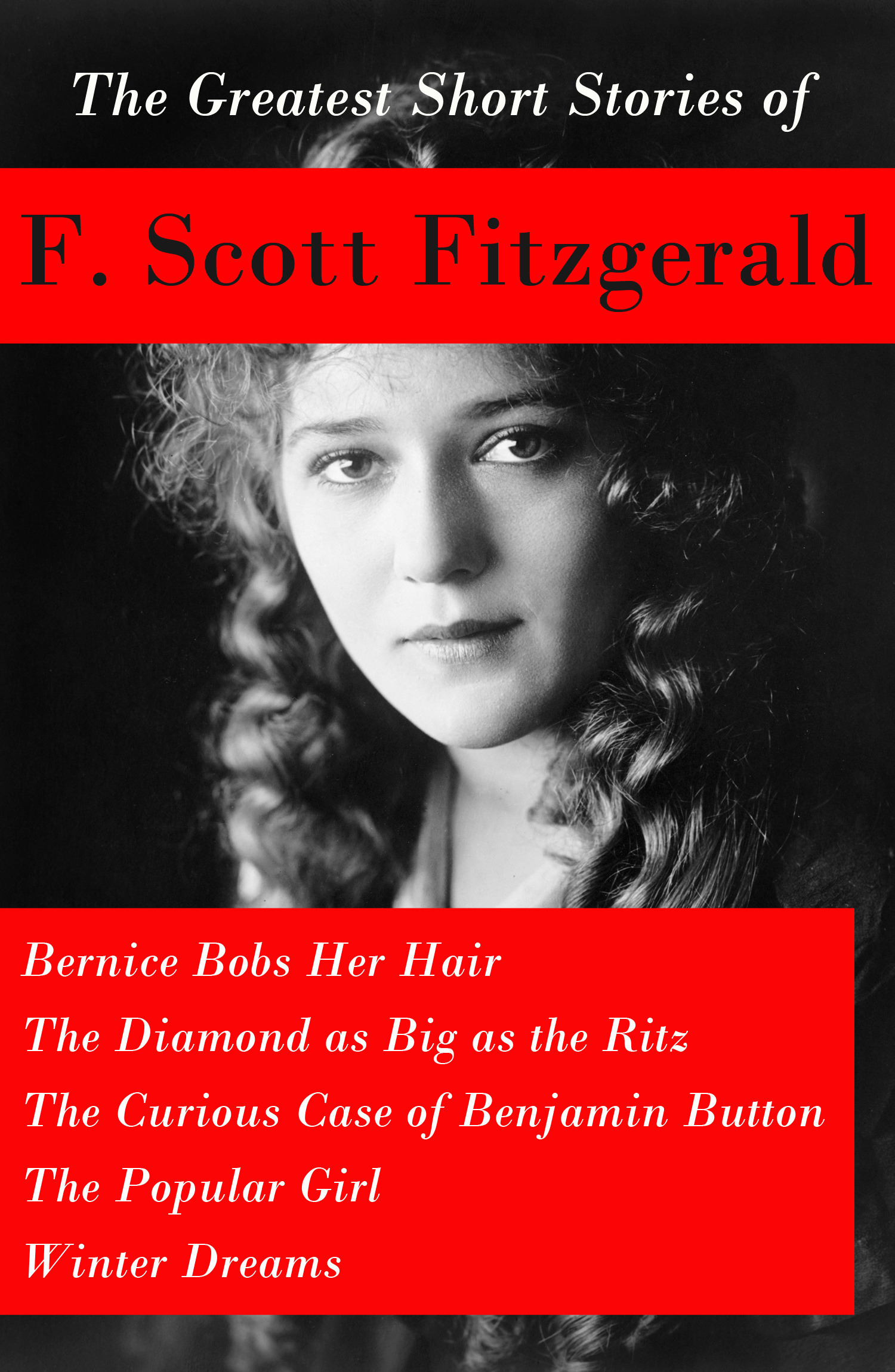 The greatest short stories ; Bernice bobs her hair ; the diamonds as big as the Ritz ; the curious case of Benhamin Button ; the popular girl ; winter dreams

This carefully crafted ebook: "The Greatest Short Stories of F. Scott Fitzgerald" contains 5 books in one volume and is formatted for your eReader with a functional and detailed table of contents.
Table of Contents:
Bernice Bobs Her Hair
The Diamond as Big as the Ritz
The Curious Case of Benjamin Button
The Popular Girl
Winter Dreams
Bernice Bobs Her Hair (1920)
The story centers on Bernice, who is an awkward girl visiting her cousin's family for part of the summer. Bernice's cousin is a snobby girl who pretends to befriend Bernice in order to teach her about how to act in modern society, but then tricks Bernice into "bobbing" her hair - an act that meets much criticism from the boys who were once so captivated with her.
The Diamond as Big as the Ritz (1922)
Fitzgerald said that he wrote this story simply to amuse himself.The story centers on John T. Unger, a boy from Hades, Mississippi and his summer trip to a classmate's house "out West". John later learns that his classmate's family lives on a diamond the size of a mountain, and they do some pretty awful things to keep that a secret.
The Curious Case of Benjamin Button (1922)
It is a charming fantasy about a man who ages in reverse, descending through the years from newborn senescence to terminal infancy.
The Popular Girl (1922)
It tells the story of society girl Yanci Bowman, who realizes she is alone after her father dies. She is enchanted to meet Scott Kimberly, a very rich and very eligible young man. Too ashamed to admit to Scott her desperate state, she instead creates a fanciful world full of parties and holidays, friends and suitors, to convince him she is still the popular girl he first met. However, as her charade grows ever more fragile, she endangers their friendship and her very hope of salvation.
Winter Dreams (1922)
Winter Dreams is a story, with a theme about a young boy who follows his dreams. He aims to become a wealthy man to win the girl he loves.
Francis Scott Key Fitzgerald (1896-1940) was an American novelist and short-story writer. He is ranked among the great American writers of the 20th cent. Fitzgerald is widely considered the literary spokesman of the "jazz age"-the decade of the 1920s. Part of the interest of his work derives from the fact that the mad, gin-drinking, morally and spiritually bankrupt men and women he wrote about led lives that closely resembled his own.