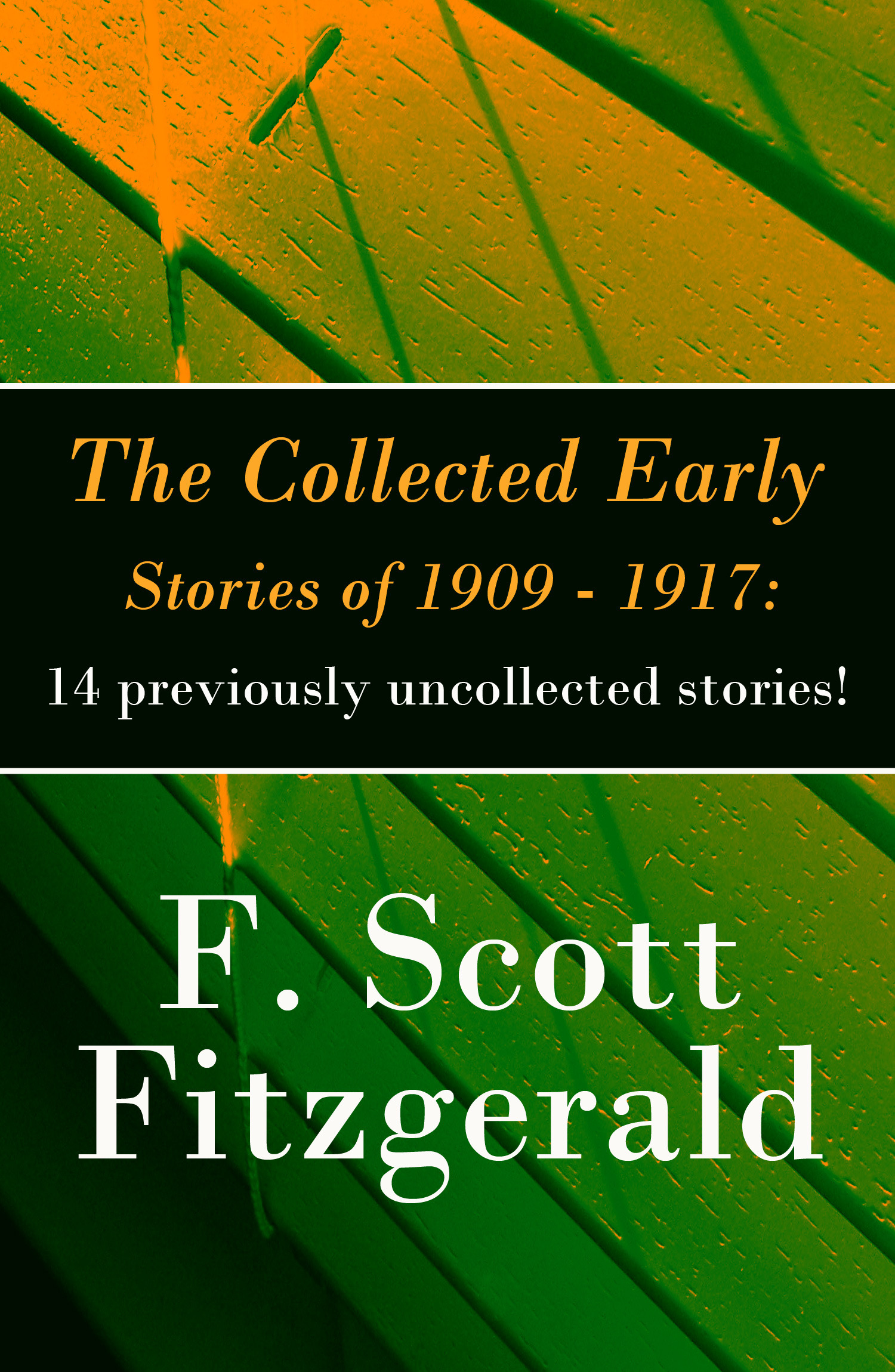 This carefully crafted ebook: "The Collected Early Stories of 1909 - 1917" contains 14 previously uncollected stories in one volume and is formatted for your eReader with a functional and detailed table of contents.
F. Scott Fitzgerald neglected his studies at school and college because he was occupied with his literary apprenticeship. His first appearance in print was "The Mystery of the Raymond Mortgage," published in the St. Paul Academy Now and Then in October 1909 when he was thirteen. His first story in the Newman News was "A Luckless Santa Claus" (Christmas 1912), which introduces the subject of a young man committed to an adventure for the sake of love. At Princeton he wrote abundantly for The Nassau Literary Magazine and The Princeton Tiger, the humor magazine, as well as providing the lyrics for three Triangle Club shows. His Lit stories improved steadily, with the last two, "Sentiment-And the Use of Rouge" (June 1917) and "The Pierian Springs and the Last Straw" (October 1917) achieving mature treatment of love and sexual force.
Table of Contents:
The Mystery of the Raymond Mortgage.
Reade, Substitute Right Half.
A Debt of Honor.
The Room with the Green Blinds.
A Luckless Santa Claus.
Pain and the Scientist.
The Trail of the Duke.
Shadow Laurels.
The Ordeal.
The Debutante.
The Spire and the Gargoyle.
Babes in the Woods.
Sentiment - and the Use of Rouge.
The Pierian Springs and the Last Straw.
Francis Scott Key Fitzgerald (1896 - 1940) was an American author of novels and short stories, whose works are the paradigmatic writings of the Jazz Age, a term he coined. He is widely regarded as one of the greatest American writers of the 20th century.